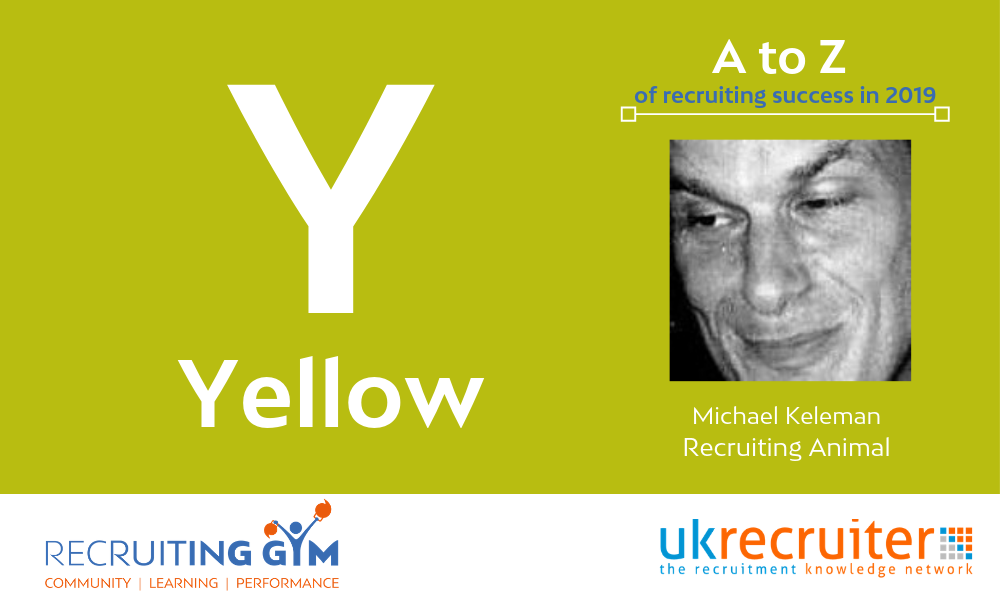 In this video from the Recruiting Animal (@animal),  host of Recruiters on-line (facebook group) and all around recruiting legend.   Animal talks about how to succeed in 2019 you need to avoid being Yellow in your approach to recruiting and pick up the phone.

Animal said, “Y stands for yellow and yellow stands for chicken and being a chicken is a huge issue for recruiters, because a recruiter has to call people all day long.

Strangers, some of you might not like them and if you’re a chicken, the consequences are severe, but I’m going to tell you why that shouldn’t be a cause for concern.

First of all, that’s just the way the world is, that’s the way it was meant to be.

If you want to do anything in life, you’ve got to approach people, right? And if you approach somebody, they might not like you, just like Alex approached me.

I’m not saying I don’t like him for making me the letter Y, but you know what

If you approached someone, you want to be a friend with somebody, so you have to approach that person, they might rebuff you. If you want to get married, you might ask somebody and she might say no, she might not like you, not well enough to get married, right? But all this rejection, it’s not a real cause for concern and the reason for that is, you can call people all day long and every single one of them can dislike you, they can dislike you a lot and yet, at the end of the day, you would emerge unscathed, you wouldn’t have a scratch on you, am I right?

And the reason for that is, you are invulnerable, you are like Superman and that’s the key message that I want you to take away from this little video that I’m sharing with you, but I’m not finished, okay?

Some of those people who dislike you, they might have a good reason for not liking you.

First of all, they might be busy, they’re doing some kind of important work, you call them out of the blue, you’re bothering them and they’re going to get pissed off.

Secondly, you might be an idiot, you might be a jerk, right? So it’s natural for people to dislike you, but that’s not a big problem for you, it’s not a reason to feel guilty and then start beating yourself up, let them hate you, okay?

That’s their job. Your mission in life is to take care of yourself and it’s not to slit your own throat. No, no, no, don’t do that.

What else can I tell you?

But you know what? That’s not going to hurt you. That’s what I want you to understand and if you’re too dumb to get it, well then, you’re going to work for someone who does.

But how can you use Animal’s video to help you improve your confidence in doing things that you are afraid to do?

My first director used to say “Alex until we invest in phones where a clients fist can come out and hit you, there is nothing the client can do to hurt you.  Focus on ensuring the reason for your call directly helps the client and everything will work itself out.”

This does not mean to say that there were not some days where rejection got the better of me,  however my career benefited enormously from being proactive on the phones and attending networking events.

The nature of recruiters in today’s world is to rely heavily on social media and email.  Whilst this can work, it can often be too reliant on other people responding in their own time and makes it difficult for recruiters to stand out from the crowd.

So next time you want to call someone, but your fear tells you to email.  Stop and pick up the phone….what’s the worst that could happen? 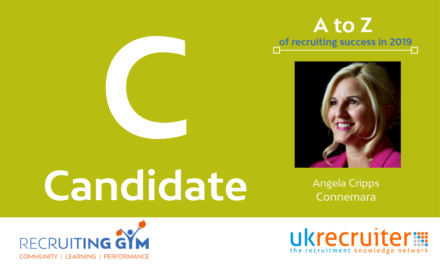 Why Candidates Are The Key To A Recruiters Success

Why Networking Is Key To Recruiting Success 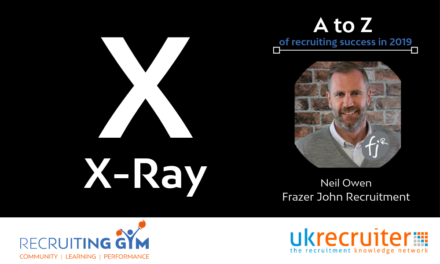 Are You Using Your X-Ray Skills To Predict Hot Markets 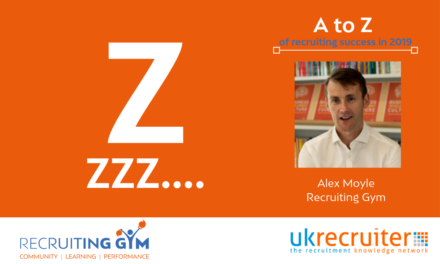