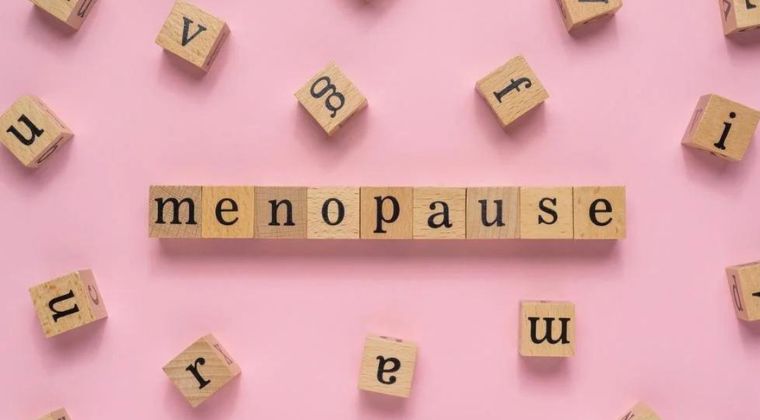 A month after my 51st birthday, I had my first hot flush, I thought “This is menopause. This is what I know about menopause, you get hot flashes. you suddenly heat up, get all sweaty and then it goes again”.

I’d worked with women that I could see the flush come across their face and some of them handled it well – some of them really struggled. That’s pretty much all I knew.

I’m Angela Cripps the MD of Recruiting Gym, and every October 18 is International Menopause Day. I want to share my story because no one shared anything like this with me, before I hit menopause just over two years ago. The average age is 51; I was a month older than that when that first symptom hit.

Then the next few symptoms of Menopause for me, raised their ugly head.

The night sweats and not being able to get to sleep until 2 or 3 in the morning. The weird eczema patches on my eyelids, scaly lumps of skin that I could peel off, which I didn’t realise were anything to do with menopause. My joints were aching so terribly they were also keeping me up at night. Now, full disclosure, I’ve got very bad knees anyway. I’ve had arthritis in them since I was 23, I snapped my ACL and tore both meniscuses playing netball 12 years ago. So, they’ve always been a bit dodgy, but suddenly, they were throbbing at night… and so were my hands, elbows and shoulders. I couldn’t lift my arm up over my head either – frozen shoulder apparently. So, June was when the first symptom hit, now I have an array of them.

In September, I had an awful case of vertigo as I came back from a holiday in France. I was walking sideways and hitting the walls, throwing up everywhere and not being able to sit up without falling sideways. I’d had vertigo 10 years before, I just thought it was something that had happened on the flight on the way home. I turned over in the middle of the night and suddenly, the curtains are flying around room.

I didn’t link it to menopause. Why would I? The itchy skin that leaves me scratching all night. I just thought I’ve got dry skin I’ll stick a bit of moisturiser on it. 40% of my hair fell out! I’ve always had lots of hair, so what was taking me half an hour to dry – was suddenly taking 10 minutes.

Then they started adding up and adding up – it got to the point where I realised, I need to find out more about this. Yes, the hot flushes are bad enough and the night sweats, but if it’s going to be more than just that, I’d rather

This was 2020. Luckily for me, we were pretty much all locked at home, so I wasn’t having to go out and stand on a stage in front of a couple of hundred people and deal with the hot flushes during that moment, that I know some of my friends have had to do. But I still wasn’t sure what was going on. And the only thing that I’d heard is that HRT was not good for you, or that it gives you breast cancer. Now, I haven’t got a history of that in my family, but my stepmother died from it. So, it’s a little bit too close for comfort to put my dad through that again. I never even considered it.

Then I met Lauren Chiren… 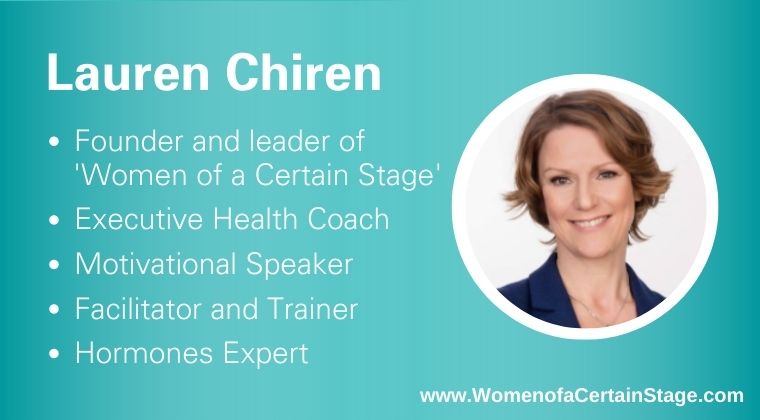 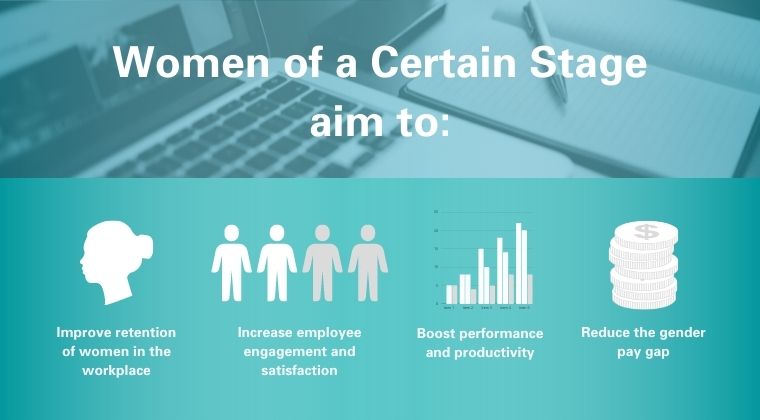 It was coming up to Menopause Awareness Week. Almost exactly 2 years ago and we were running the daily workouts every day. What a great topic I thought, let’s talk about that because this is starting to impact me too. I don’t really know what’s going on, I didn’t have any knowledge of it – I thought that you got the hot sweats for about six months, your period stopped and that was it. Job done.

I spoke to Lauren and found out there were 37 symptoms that had been identified and I’m looking down the list and I’m thinking I’ve got 12 of those. That’s not just me getting old, that’s a menopause symptom and then to find out that, HRT isn’t a bad thing after all, and that the research was done 20 odd years ago on women in their 60s and 70s. It’s in your 50s, that you need to get it to replenish the hormones that you’re missing.

The final thing that sort of tipped me over the edge to think I need to do something about this. was that feeling of anxiety and stress. I’ve never really been an anxious person, I’m always positive, there’s always a way to deal with things. It has to be some major life crisis for it to actually make me feel at all worried.

With all these symptoms coming together, it became hard to concentrate during the day. To have a client meeting (even if it’s online), and then you suddenly feel like you’re in an oven or a furnace. I’m not exaggerating here; you feel like you are burning up from the inside.

We started talking as women and finding out much more about it. This could go on for up to ten years! Nobody mentioned that to me, I thought it was six months. Now what am I going to do if it’s actually like this for 10 years?

Sharing these stories, sharing our experiences, and realising the impact that it has on our working lives and the fact that capable, competent women are leaving the workforce because it gets a little bit too much at times. If you are not sleeping, if everything hurts if you’ve got scabby bits. Oh, and not to forget the impact it can have on your mental health as well as your physical health. We need to look after each other.

We need to talk, so that we’re prepared for it. Perimenopause can come on in your late 30s, early menopause is happening to more and more people. So again, if this is happening to you, and you think it’s just you… it’s not!

The research done on the HRT, has proven benefits – it helps with heart disease, it helps with strokes, you are less likely to die from these things, which are the top killers for women.

You need to make sure that you speak to a doctor about it and to do your research, because if you have history in your family, and there are some conditions that it really doesn’t work well with, but you’ve probably already been told in your 20s and 30s to not do certain things, it’s probably going to be the same with this.

There are things you can do with exercise and your nutrition, as well as your social wellbeing and talking to people. Realising that it’s not just you – it’s everyone. It’s 51% of the world that at some point is likely to go through this.

Thank you for reading my story and I hope that it’s helped some people to feel free to reach out. Learn about it now because you can help yourself and someone else.

If you’re not a member of the Recruiting Gym just yet – click here! We offer 5 free courses, including a menopause specific course to everybody who signs up and are always on hand to assist you with your Learning & Development journey! 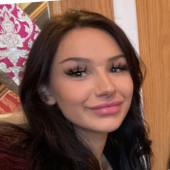 Hello! I'm Charlotte, the Sales & Marketing Execute at the Recruiting Gym and I specialise in content curation and creation, copy writing, overseeing the running of our social media accounts and assisting with client onboarding. I have 5 years of experience in retail management, with an extensive history of social media management, working with brands via affiliate marketing and partnerships for my own personal social media accounts also! Please don't hesitate to get in touch if I can assist you with anything related to yours/your teams learning & development journey. 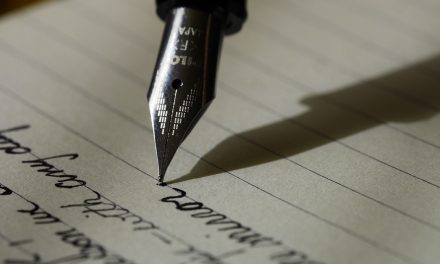 It’s Time To Overcome Your Fear of Writing 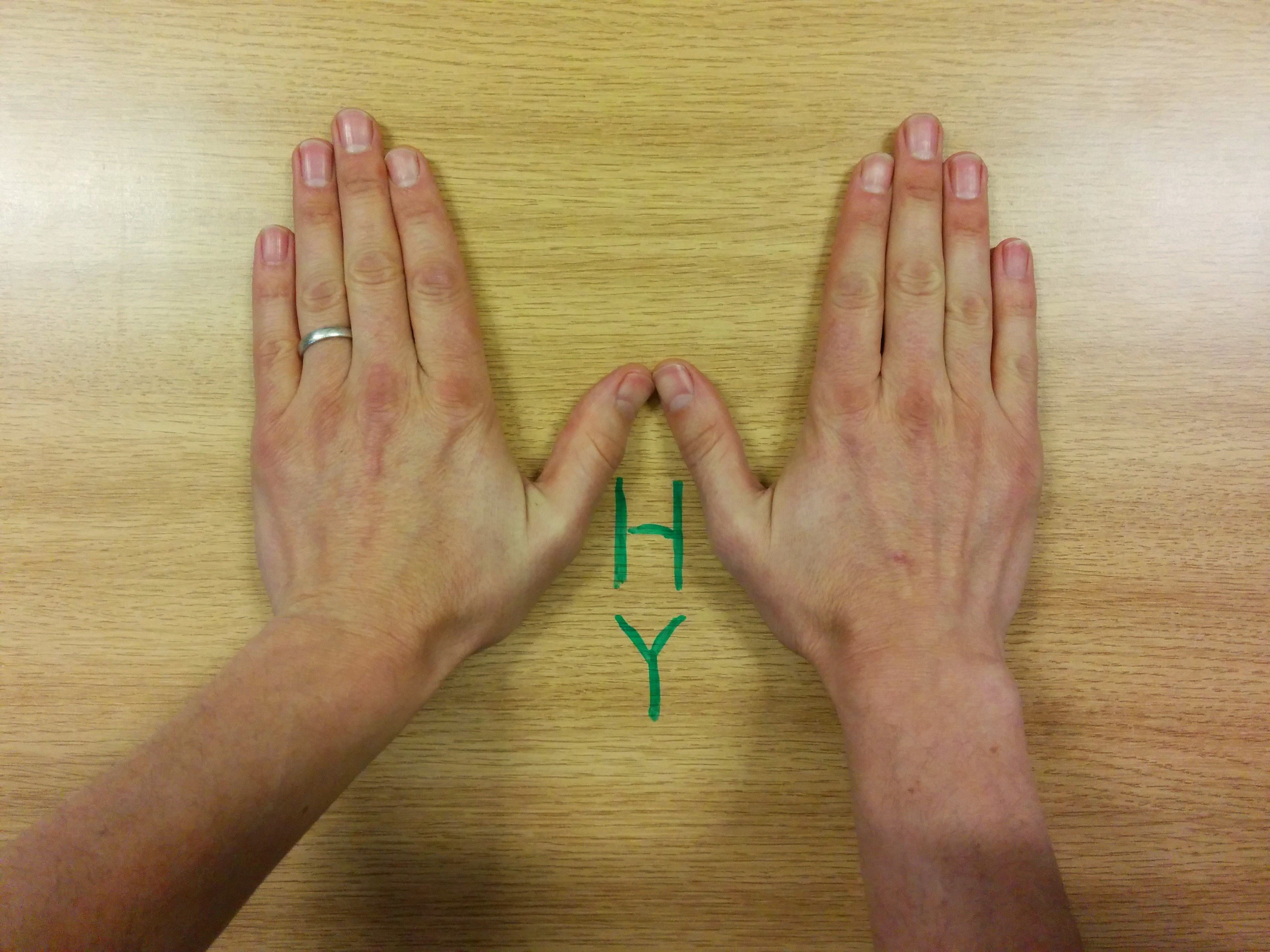 Improve your Confidence in Training your Team with One Word 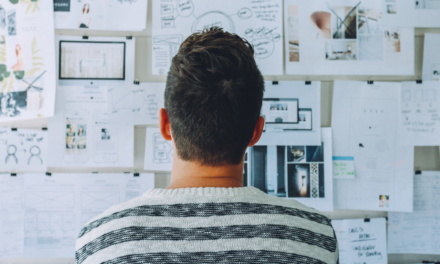 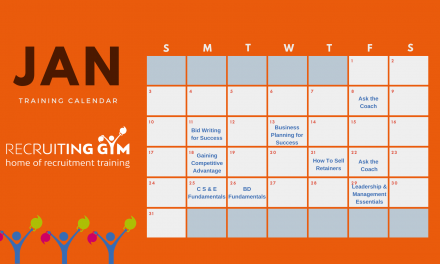